The previous blog post introduced my project for this summer. This blog post gives an update on the work that has been done so far in the past 5 weeks, and sketches out the plans for upcoming weeks.

Among these, the first 5 belong to the “Context” group of permissions, while the last 3 are their own groups (going by the same name).

Among these, the first 4 are of (what I term) the “simple” type: they have only an on/off value, and nothing more. They can either be turned on, or off. No further complications or specifications.

The “filesystems” permissions can either be set off, or be set to “read-only”, “read/write” (this is default when the permission is “on” but there is nothing to specify the access level) or “create”.

The Environment permissions can have any value that the user types, instead of having a fixed set of values to choose from.

The default values for all these permissions are loaded from their InstalledRef’s metadata file. The “current” values (that is, values changed from default by the user) are located in an overrides file (that is named the same as the Flatpak app’s ID in a overrides directory, usually at ~/.local/share/flatpak/overrides).

The permission sections of the metadata file is described below:

The “environment” permissions are listed exactly as the bus permissions, under the “[Environment]” header. The only difference is that these may have any value, and not one from a fixed set.

To see this format for yourself, type the following command on the terminal: flatpak info -M id.of.any.flatpak.app.installed.on.your.system

Having described this context (pun intended), I proceed to track what work is done:

I started with loading all installed flatpak applications (in the “FlatpakRef” class), specifying their IDs, display names, versions, icons etc. This was easily done using FlatpakInstalledRef struct and related functions. Once this was done, I progressed to loading the permissions granted to each application.

To do this, the first step was to load all the permissions regardless of whether or not it is granted. Therefore, I created instances of FlatpakPermission class with names, descriptions and values for all permissions listed in the Flatpak Metadata. This is necessary because the user needs to be able to see all the permissions on the menu for them to edit. At this point, the permissions were just loaded, their values were not granted.

The next step was to load their default values. This is done by parsing the metadata file (as described in the above section). After this, current values had to be loaded. Therefore, we parse the overrides files (if it exists at all) and store the current values.

After this, I implemented the ability to set and unset the permissions. For simple permissions, this was straightforward, since the new value of the permission had to just be the opposite of the old value.

I implemented the loading of default values, current values and setting of permissions for simple permissions first, and then moved on to the complex ones. I did this because the simple ones were simple, and would give me an idea of what to do next, but this also led to some design decisions that were not accomodative of the demands of complex permissions, so I spent some time between these two refactoring. 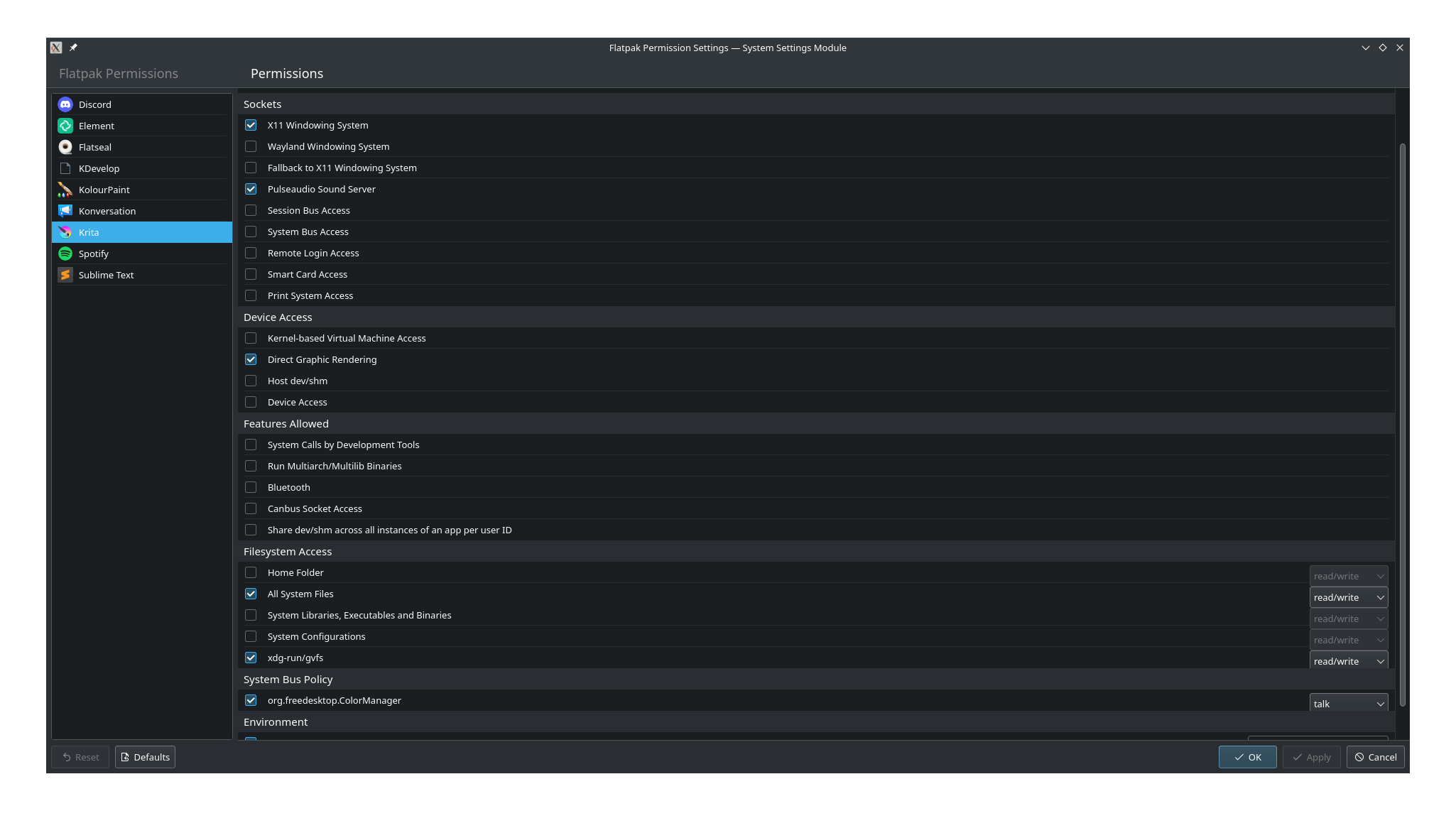 I am presently working on implementing the apply/default buttons (currently, just setting the values changes the value for real, instead of waiting for the user to click apply), and allowing the user to set those complex permissions that are not mentioned explicitly in the metadata. Once this is done, I will begin working on the redesign of the interface. The redesign we have in mind is this:

Divide the permissions page into two parts: the “basic” section and the “advanced” section. The latter is hidden by default and can be accessed through a button labelled “Advanced…”. The basic permissions will be few and clumped together, while the advanced ones would be many categorized under their respective section names. For the advanced permissions, we will be providing some tooltips to help the user navigate them better.

The learning has been immense:

Here, I end this blog post. Hopefully, my next blog post will be a week or two from now describing the end of the work outlined above. Until next time!